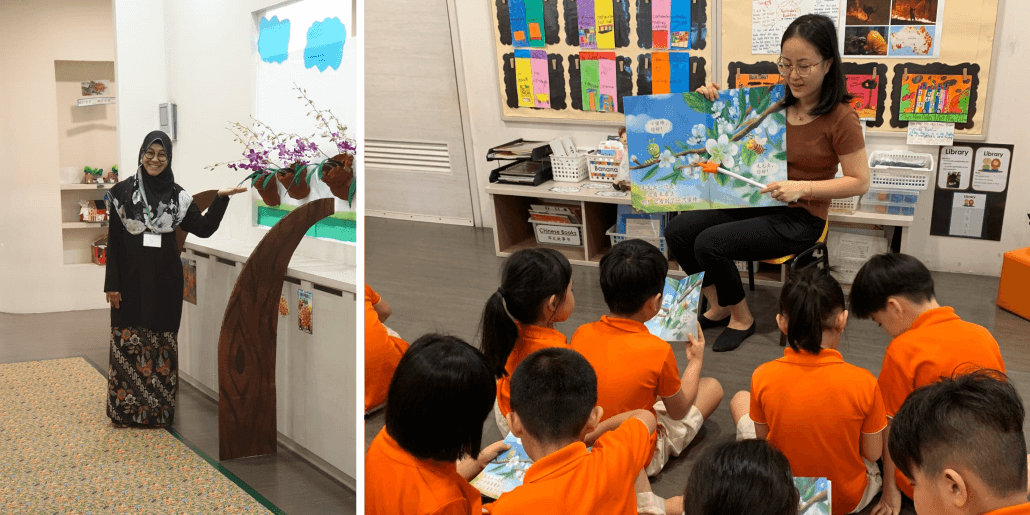 In recognition of their passion and efforts, Saniah and Zhewei received the Outstanding and Merit Awards at the “Outstanding Pre-School Mother Tongue Language Teacher Awards 2020” respectively on Sat, 29 Aug 2020 at the e-Mother Tongue Languages Symposium 2020 (MTLS). Saniah is also the first Malay language teacher in NFC to be presented this award. 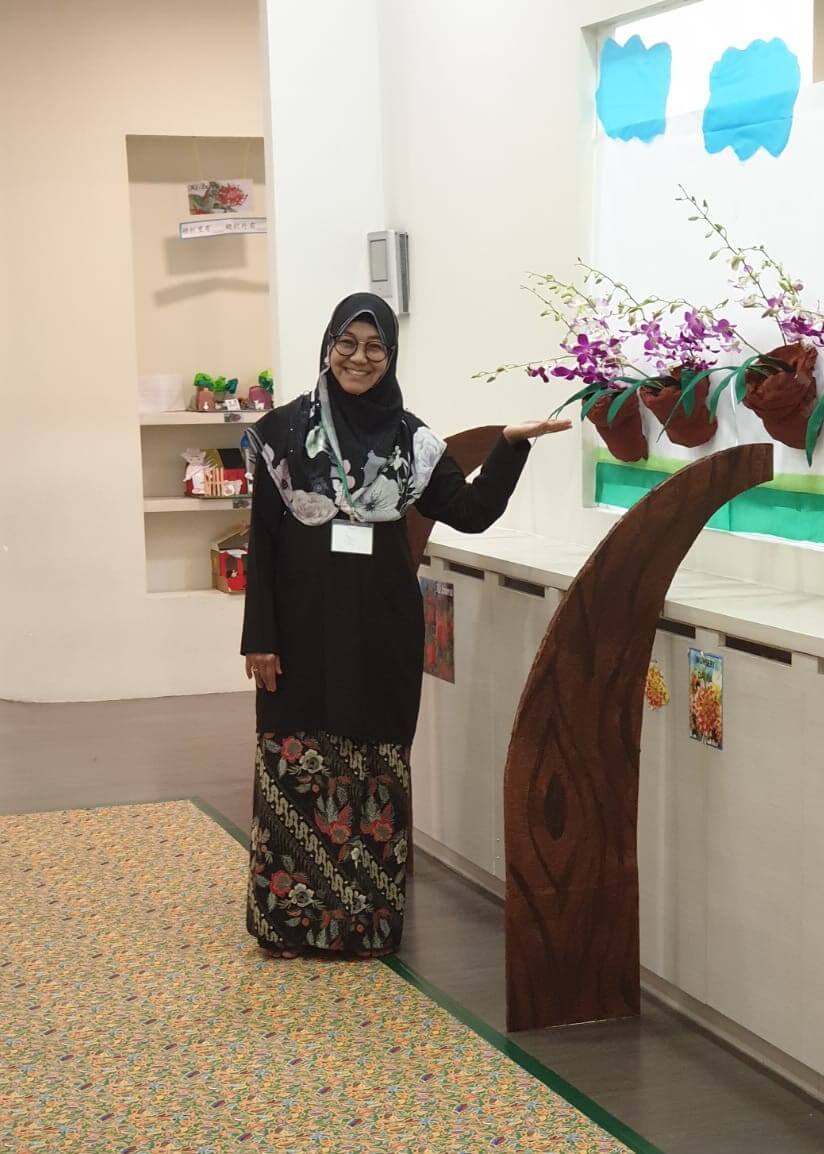 Cikgu Saniah had initially joined the pre-school sector as an English language teacher about 20 years ago. Over the years, in her own everyday life and surroundings, she observed that her two grandsons did not speak much Malay and there are other children like them who cannot speak proper Malay or do not know much about the Malay culture. This motivated her to join MFS to be a Malay language teacher so that she can guide children in learning the Malay language and encourage them to learn more about the Malay culture. Cikgu Saniah infuses cultural knowledge into her daily lessons such as Malay ethnic music, dance and theatre (“Wayang Kulit”). She also plans hands-on activities to support authentic experiences and expression in the classroom. She encourages children to use the Malay language to express and discover answers themselves. For example, she planned a hands-on lesson for children to learn to make “Getuk Ubi” (Malay Tapioca “Kuih”). These exciting cultural activities spur the children to participate actively and to learn the Malay language and culture in an interesting and engaging manner.

Beyond teaching the Malay language in an engaging manner, Cikgu Saniah is very warm and nurturing towards the pre-school children. She recognizes that children have different learning abilities and does her best to support them. For example, there is a boy in her class who initially did not know how to speak Malay as his parents and extended family mainly communicate in English. Hence, she put in extra effort to encourage him and speak to him in Malay. If he speaks English to her, she will gently tell him how to say it in Malay and get him to repeat after her so that he understands and learns. She also builds an encouraging environment in class and asks the children to speak to each other in Malay and to remind their friends.

In addition, she engaged his parents to update them on his progress. She advised them to speak more Malay to their son at home to build a conducive environment for learning the language. She encouraged them to use various learning resources to help him to recognize and read Malay words. With this close collaborative effort between Cikgu Saniah and the parents, the boy has since shown tremendous improvement and is now able to articulate sentences in proper Malay.

Over the years, Cikgu Saniah has received positive feedback from parents. For example, there was a parent who wrote in to express her appreciation to Cikgu Saniah for teaching her son and said that he has learnt a lot from her in pre-school. He is now in Primary School and can speak and write very well in Malay. He was even selected as an MTL leader in school. 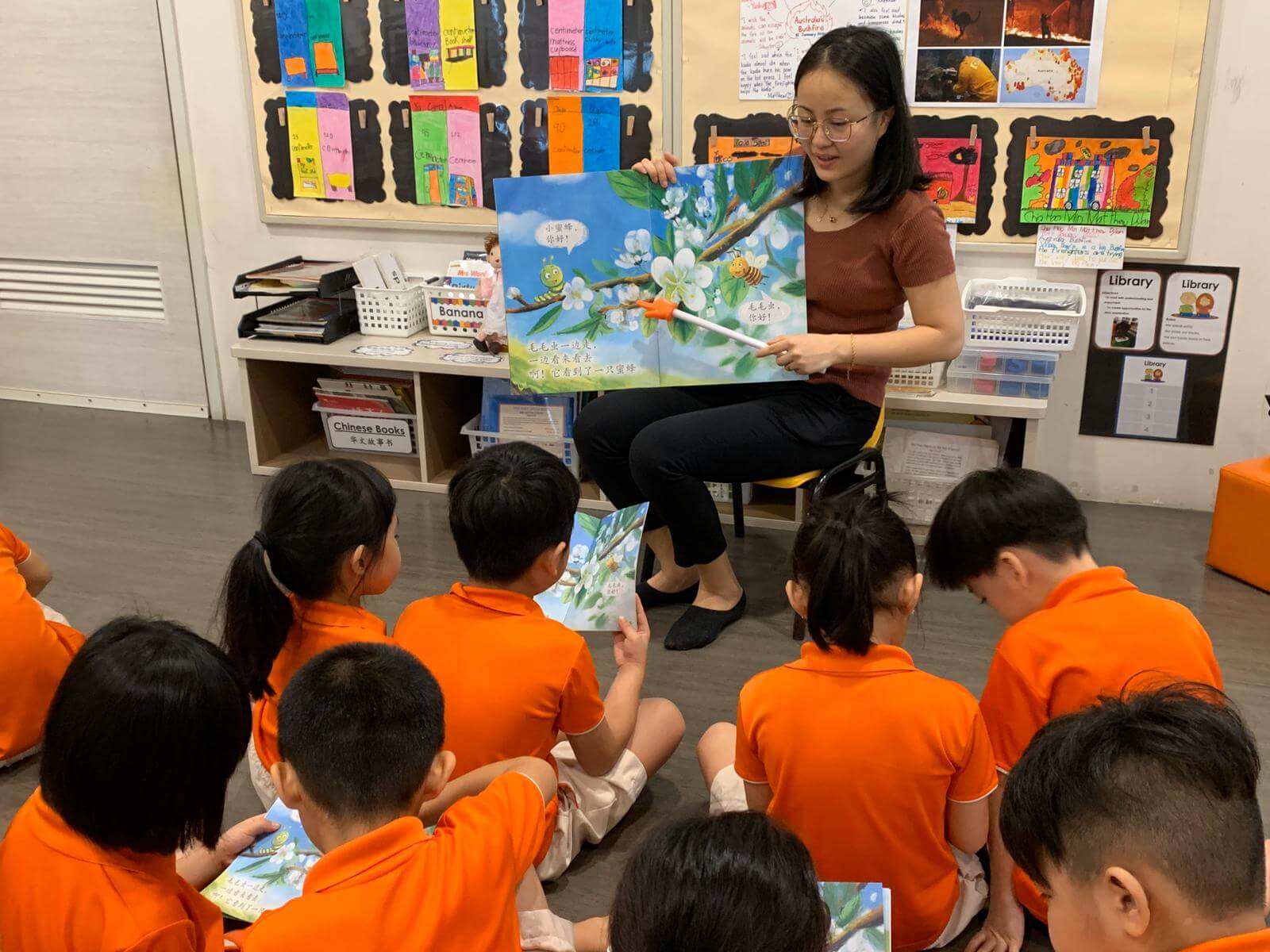 Su Lao Shi has a passion to teach children. As a mother of two young children, aged 3 and 4 years old, she strongly believes in supporting young children in building a strong foundation in the Chinese language and to learn to be bilingual, especially in Singapore. She also recognizes the importance of nurturing soft skills for the children’s holistic development and to help them to understand and cope with uncertainty, especially during this COVID-19 period. Hence, Su Lao Shi augments values such as ‘respect’, ‘honesty’, ‘responsibility’ and ‘caring’ through the Chinese lessons/activities she plans to teach the children about important values and soft skills. In addition, she implements other creative ways such as taking learning outdoors and drawing links to real-life context to provide children with a more engaging learning experience.

Su Lao Shi is also a positive and nurturing teacher who goes the extra mile for her students. For example, she put in extra care to guide a boy who was very reserved and apprehensive about speaking Mandarin, to learn the Chinese language. The boy initially did not speak much Mandarin as both his parents speak English at home. If she hears him speaking in English, she will patiently teach him how to say the same phrase in Mandarin and make him repeat after her so that he remembers. She will also ask him to answer questions and to participate more actively in class. This helped to build his courage and confidence in speaking and asking questions in Mandarin.

In addition, she encouraged his parents to speak Mandarin at home and shared tips with them on how to engage the child better when they read stories to him such as discussing the picture on the cover page before starting the story. Over time, the boy’s parents observed that his interest and knowledge in the Chinese language increased and they are thankful for Su Lao Shi’s guidance. He can now recite and sing Chinese songs with ease and is able to recognize Chinese characters. He has become more confident in speaking Mandarin and participates actively in class, often asking questions enthusiastically.

As part of the e-Mother Tongue Languages Symposium 2020 (MTLS), Dr. Connie Lum, NFC’s Director of Mother Tongue Language Curriculum gave her insights on “Multimodal approaches to developing oracy”. To further support the diverse abilities and interests of young learners, plentiful opportunities for lively and authentic expression should be integrated into the child’s environment during the early years. During the session, she shared various multimodal approaches in developing oracy such as the use of manipulatives in games, finger puppet activities, paired discussion and storytelling activities, as well as the incorporation of movement into music activities which use verbal communication.