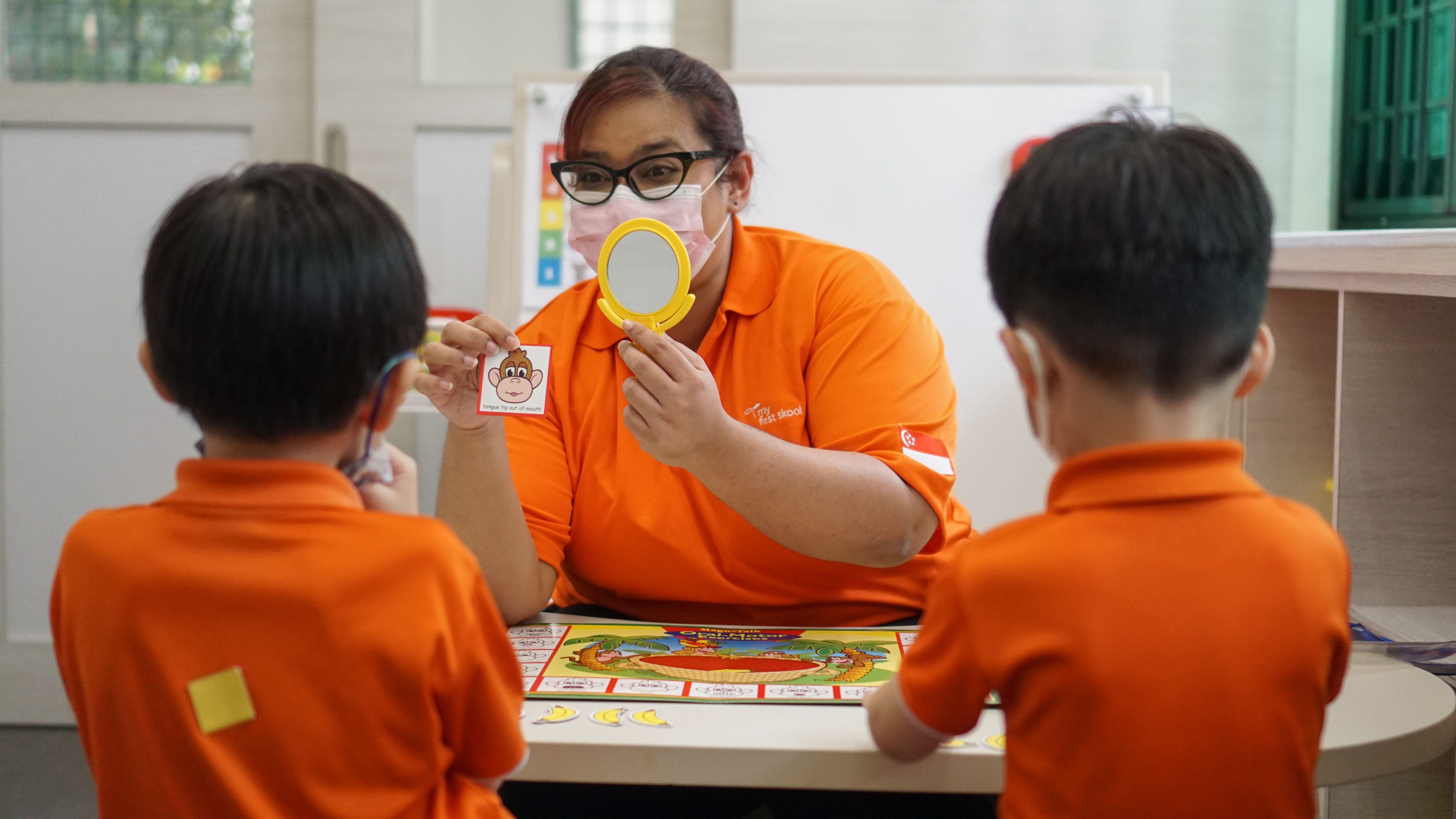 Lianhe Zaobao published a feature story on the benefits of the Inclusive Support Programme (InSP) at participating pre-school centres, including My First Skool, PCF Sparkletots and Small Wonder Nordcom II by Busy Bees. There are 11 children under the InSP programme at My First Skool - four at Block 248 Kim Keat Link, and seven at Block 406 Woodlands. Teh Hooi Moi, whose son attends InSP at Block 248 Kim Keat Link, shared that the main draw of InSP is that the early intervention programme is done alongside her son's classes in the same pre-school, so she would not need to take her son to the Early Intervention Programme for Infants & Children (EIPIC) centre a few times a week for his early intervention programme. This arrangement has allowed Hooi Moi to return to work full-time. These pre-schools have installed spaces and equipment to enhance support for children with developmental needs in learning, such as the installation of noise-absorbing panels on ceilings at MFS, as noise could trigger certain behaviour in children with high sensory needs. The article also featured Corrine Elizabeth Peters, Early Interventionist at MFS at Block 248 Kim Keat Link, who believes that InSP is the bridge between mainstream pre-schools and EIPIC. She works closely with parents of children with developmental needs, which helps with the children's progress in learning. In addition, she looks out for signs of developmental delays in other children, which enables them to seek early intervention if needed.